Between us, Black Men: Pedagogy by Telling-off 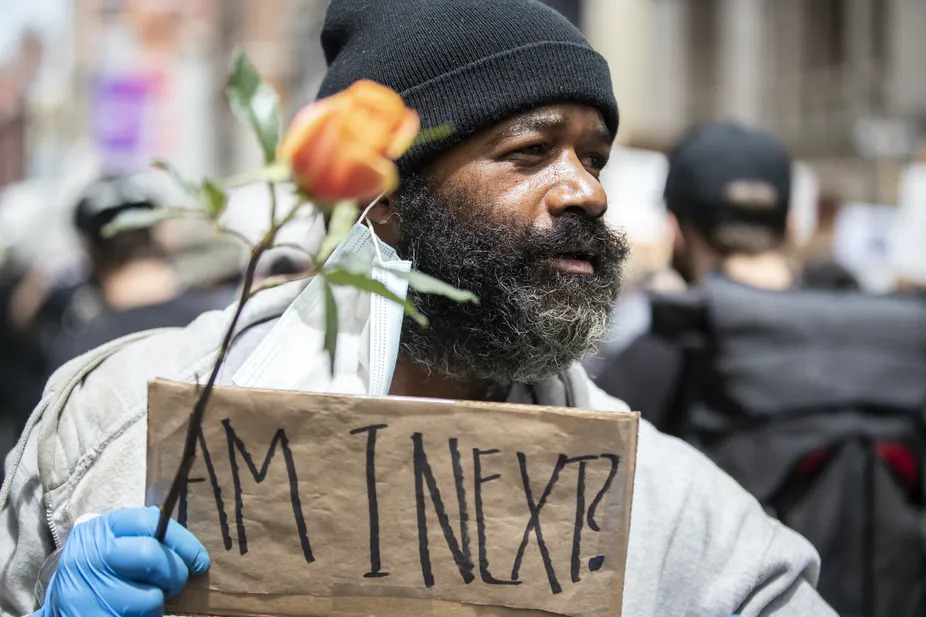 I write again to my brothers. I write about us, to nobody else. No privileged, successful, victorious person within the protocols that everyone seems to chase.

I do not write to any intellectual of virtual confrontation, performative radical activists, none of those leaders who barely know the way to access the community in their most tearing dilemmas, no pope centered on his scrolls and overpaid competitions. It’s just us, here at the gates of this hell that is our hood.

Look! What I am talking about is this hedonistic cycle that celebrates and sprees even in disgraceful times, when the dead are buried in shallow pits, victims of a pandemic, victims of the hate explained in books and theses as a phenomenon from out in the sticks. Young people killed by violence, old people and adults dead, victims of prevalent diseases, without health care. All this hedonism occurs in the face of these deaths and I understand that we do not fear death because we do not value life properly.

But take notice, how to value a miserable, unworthy, risky life? I know what is to live in scarcity, to live with violence, with fear and insecurity. Wanting to be a consumer and not being able to, and listening every day through various communication networks that you have to consume… that makes you say “screw it” and want to consume everything that comes in contact with you. In such a situation, you don’t care much about life, or if you’re going to be consumed. Cancelled.

But I can prove to you, brother, that with a minimum sense of responsibility you can go on taking opportunities and winning your freedom inch by inch.

I lived with two children in a house without light, with four square meters. I moved out with respect from the community because I have never abandoned my children and have presented them with a world more colorful than what we had lived. They grew up and now live their own lives with their own choices and the paths they choose themselves, but no one was left without a father. That is a circle that can be broken.

Man, don’t have a child without planning, without conditions to give them a dignified life and take care of your family. You can’t build a family by getting in and out of relationships without emotional responsibility. Don’t make this same mistake that I made – and corrected in time. Think, get ready, but if a child is born, do not disappear, do not run away, acknowledge your child, we are here for that, to strengthen you, but we don’t do charity and we won’t patronize you.

This is not the place for Kings, Queens, Princes and Warriors, here is real life and not a fucking Afro-descendant Instagram where you post colorful things, full of filters, acting as if it were true. This is real life, you are not a prince, you are black man in a bad land for blacks.

Learn that black women are your only allies in this wetland of disgrace and pain, they want you to make progress, to grow, to study, to clean your nail, to dress appropriately as a man necessary for the community and not as a dirty pigeon, sloppy, ill-mannered and playing the SJW in Afro-centric parties, without money to buy cement and build the roof of your mother’s house – where you also live. The black woman is freedom and any theory that makes you oppose women is fragile, impolite and lying.

The black woman wants to continue this genetic code that made you with black skin, without that, you will be erased and disappear, your ancestors will not recognize you after the crossing.

I am trying to think of our behavior as men, human beings, men who bear indistinct marks of inferiority, fear, suffering, torment, violation and a lot of pain built up over centuries. It is not a question of analyzing women, our mothers, partners, girlfriends, siblings or the stranger who deserves all respect and distinction from us. Understand it, for fuck’s sake! This respect is essential to nourish your fallen and lost spirit. Black man, wake up! Respect the black woman as a carrier of the fundamental power that will generate our liberation. She is the vital command.

This bewildered, disrespectful and violent behavior that we are having collectively with women will only destroy us as a people. We have a duty, as black people, to respect the sacred human beings who generate and inspire us.

But you must agree with me, our attitude towards women is an attitude of hatred, contempt, of aggression even when we say that we love and desire them and those things couples say.

Man, we live in a deleterious1 homosociability (study brother, look for a dictionary, get informed), a homosociability that teaches us to be cynical, that impels us to be not who we are; so we make jokes, we make fun of other people, thinking we are beautiful.

You have to admit that you just want the company of men, you want to be among men all the time, measuring your strength, beauty and that embarrassing intelligence that comes down to the knowledge about cars and the best way to get away from women: soccer, bars, clubs, misogynist2 circles.

No matter your sexual preference, whether you love a man, a woman, both genders or someone who is not binary. Learn to touch, smell the skin, lick, feel her or other people’s sex on your tongue, penetrate or be penetrated as if it were a sacred thing and the offering is your body delivered with a feeling of gratitude for the enjoyment that you will also have in the end. Stop boycotting your own and others’ pleasure with those crappy performances.

Let’s not blame anyone else for our pain, let’s not call any group to share our pain, let’s deal with that pain between us. And it will be between ourselves that we will make a healing plan: let’s get rid of that rope around our necks while we are on the precipice.

We can’t call that amount of alcohol we drink healthy. We spend money on alcohol to cheer ourselves up, but statistics don’t lie! Alcohol makes us more sad, melancholic, vulnerable and violent. Drinking places us as executioners of our own people. We, through alcohol, have lost everything, we have destroyed our future, we have fallen physically and psychologically ill. Drinking and other drugs leave us with a feeling of power and strength of heart and detachment that make us immersed in unimportant dilemmas that lead us to commit homicides, bodily injuries, rapes, sexual abuse, insults, suicide and feel really ashamed.

This macho culture is not ours, we don’t have to prove anything to anyone about our masculinity. What we definitely need to do is to convince ourselves that we are human beings and then engage in activism, informing every black man on our side that they are human beings and that they should live a life worthy of human beings, without destroying our spaces, without running away from our appearances, without rejecting people like us as sexual partners, economic partners, religious partners. That’s what a People do, damn it! A People stays together, not trading insults on the internet over who is the biggest badass in the Afrocentric roundtable. That sucks. It’s just business and a stepping stone for an interview on TV. We need other things. We open vegetable gardens, schools and bookstores. Join us or do something relevant to the Black People.

The problem is ours, collectively. Each brother at the bar spending his meager resources on legal drugs or at the street pharmacist smoking the money of his children’s and family future is our problem as a people. You are black, brother, you have black skin, you are despised on the street, your presence generates an unexplained anger from people in general. Whites and mestizos seem to see themselves like people from the same racial group and they don’t even care for you.

But we seek this statistic of being a minority in a country that propagates that we are the majority – we are 60 to 70% of the people. We were disposed of through slave transport, extermination plans, bullets, hunger, accidents, diseases and miscegenation. The first moment we take our heads out of the mud to breathe, we look for a wedding outside our people to get away from our race. So this is our responsibility. Do not blame others because you keep sleeping.

Brother, I am not a sociologist, statistician or internet influencer, but I am not blind, I am not a fool. We are a long way from a national liberation process. The way we got here, with people doing makeup tutorials posing as activists, we won’t have what matters.

We need land, to take territory, defense, we need resources and education. We need real power to defend ourselves against attacks by racists and black people who are too brave to challenge us.

I’m going to go back to this conversation, next week we will talk.

This letter will arrive in the streets, in prisons, in alleys and hoods, I will personally hand out flyers, I want to hear you.

Next week we will meet again, following through with these ideas.

1 Harmful; which causes destruction; that is noxious.

2 A person who suffers from misogyny, pathological aversion to women.